COVID19 may have kept us from the theatre; it didn’t stop theatre from coming to us.
Thank you to all the people involved who made the 24 Hour Plays possible.
A Special Thanks to Richard Davi

I’m Fine and So Am I
Written by Sophie Wehrlie, Directed by Ava Ribando, Starring Somachi Uwakwe, Edited by Angelica Medina 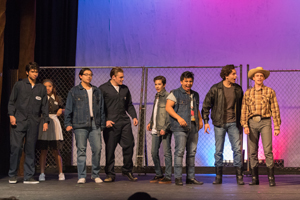