De La Salle High School's Second Annual Respect Week featured a special evening with Dr. Jackson Katz, Ph.D., the co-founder of Mentors in Violence Prevention and CEO of MVP Strategies. De La Salle has adopted his program for the entire institution because of our ethical obligation, as President Mr. DeMarco asserts, to “give our young men the tools they need to be the change that they want to see in the world.” 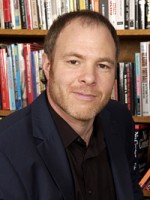 Jackson Katz, Ph.D. is an educator, author, filmmaker, and cultural theorist who is internationally renowned for his pioneering scholarship and activism on issues of gender, race, and violence. He has long been a major figure and thought leader in the growing global movement of men working to promote gender equality and to prevent gender violence. He is co-founder of Mentors in Violence Prevention (MVP) and CEO of MVP Strategies, one of the longest-running and most widely influential gender violence prevention programs in North America, and the first major program of its kind in sports culture and the military.

MVP introduced the “bystander” approach to the sexual assault and relationship abuse fields; Dr. Katz is a key architect of this now broadly popular strategy. Within this approach, empowered bystanders are taught strategies to assess situations in which there is dangerous, unhealthy, offensive, or abusive behavior and to take action to intervene in the situations they witness, whether they occur in person or on social media. “The MVP Model encourages people to speak out in the face of abusive behavior before, during, or after an incident” (https://www.mvpstrat.com/the-bystander-approach/).

Additionally, our partnership with MVP Strategies will enable De La Salle High School to implement “the train the trainer program” for administrators, faculty, counselors, staff, coaches, and student leadership groups. In alignment with the goals of the MVP model, our objectives in adopting this program are to raise participant awareness of underlying issues and unique dynamics of all forms of men’s violence against women; to challenge our young men to think critically and personally (empathize) about these issues; to open dialogue amongst our students about the dynamics and context of all forms of men’s violence against women; and to inspire participants to be proactive leaders around these issues by challenging them to develop concrete options for intervention in potentially dangerous situations involving peers. 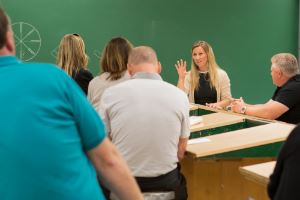