The Mark Halvorson Endowment Fund will be established as a lasting tribute to Mark’s legacy on the De La Salle campus. This endowment fund will provide tuition assistance to a Spartan student that demonstrates financial need, while also being a leader in the classroom and in the community. Preference will be given to a student in need of financial aid who is participating in wrestling.

Not only did Mark build an outstanding and winning wrestling program at De La Salle, but he was a globally renowned wrestling coach who unexpectedly passed away in February of 2021 at the age of 57. He coached the varsity wrestling team at De La Salle for 22 years, leading the Spartans to 11 North Coast Section championships. He coached nearly 100 student-athletes to state meets, claiming 23 medals and two individual championships. Mark also coached for Team USA Wrestling, where he was a volunteer coach for the 2016 Summer Olympic Games in Rio de Janeiro.

Mark’s care for others, unselfishness, work ethic, passion for his sport, and life lessons he taught the student-athletes will make him unforgettable on the De La Salle campus.

Prizes will be awarded to first, second, and third place finishers

Registration for this event is now closed. If you still have an interest in attending, contact Tim Roberts '88, Director of Alumni Relations, directly at robertst@dlshs.org. 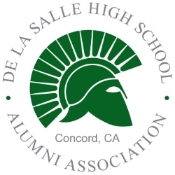 Interested in helping out with the Reunion festivities? Contact Tim Roberts '88 for more information and check out some of the volunteer opportunities listed below.

Leading Up to Event Volunteer Tasks:

Connect with your classmates
on social media